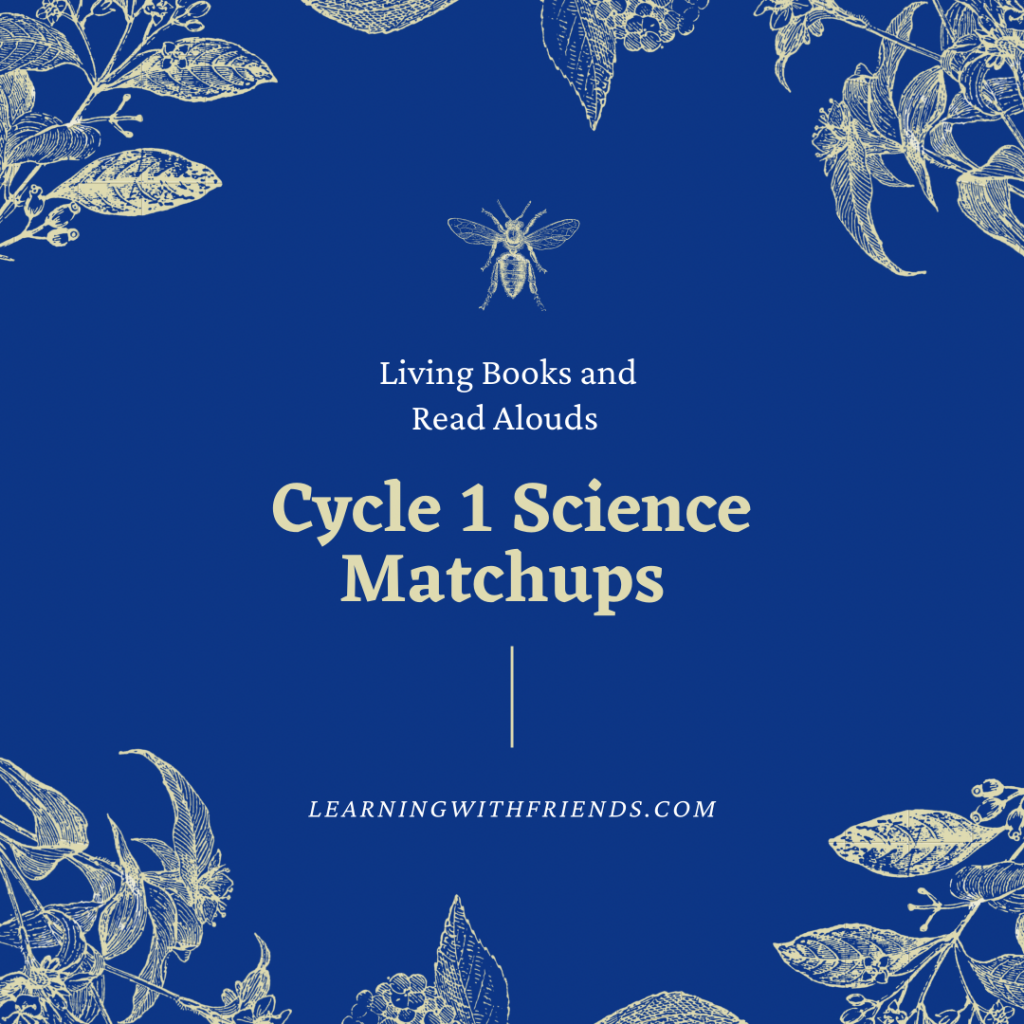 One of my favorite aspects of Classical Conversations is that families can tailor the spine of the Foundations memory work to suit their style!

History and literature matchup lists are abundant, but science matchups are a bit more difficult to find, so we thought we would do the work for you!

Check out our blog for our BIG LISTS of general Biology and Earth Science resources. Want to try out one of our hands-on projects for free? We have tons of free samples on our website!

“Karl, Get Out of the Garden: Carolus Linnaeus and the Naming of Everything,” by Anita Sanchez

“How Many Animals Were on the Ark: Understanding Animal Kinds,” by Answers in Genesis

“A Curious Collection of Peculiar Creatures: An Illustrated Encyclopedia,” by Sami Bayly

“Extinct: An Illustrated Exploration of Animals that have Disappeared,” by Phaidon Publishing

“Extinct: An Illustrated Exploration of Animals that have Disappeared,” by Phaidon Publishing

“The Forest in the Tree: How Fungi Shape the Earth,” by Alisa Wild

“Tiny Creatures: The World of Microbes,” by Nikola Davies

“Many: The Diversity of Life on Earth,” by Nikola Davies

“You Wouldn’t Want to Live Without Bacteria,” by Roger Canavan

“Animals by the Numbers,” by Steve Jenkins

“Trees, Leaves, Flowers, and Seeds: A Visual Encyclopedia of the Plant Kingdom,” Smithsonian

“Nature All Around: Plants,” Pamela Hickman

“Up in the Garden and Down in the Dirt,” by Kate Messner

“Buzzing with Questions: The Inquisitive Mind of Charles Henry Turner,” by Janice Harrington

“This is a Book to Read with a Worm,” by Jodi Wheeler-Toppen

“Animal! The Animal Kingdom as You’ve Never Seen it Before,” Smithsonian

“An Anthology of Intriguing Animals,” by DK

“The Boy Who Drew Birds: The Story of James Audubon,” by Jacqueline Davies

“Chickens Aren’t the Only Ones,” by Ruth Heller

“An Egg is Quiet,” by Dianna Hutts Aston

“Claude, the True Story of a White Alligator,” by Emma Bland Smith

“Trees, Leaves, Flowers, and Seeds: A Visual Encyclopedia of the Plant Kingdom,” Smithsonian

“Encyclopedia of Garden Plants for Every Location,” Smithsonian

“The Tree Book for Kids and their Grownups,” by Gina Ingoglia

Diane Burns’ “Take Along” guides for nature walks, including “Wildflowers, Blooms, and Blossoms,” and “Trees, Leaves, and Bark.”

“The Magic and Mystery of Trees,” by Jen Green

“Seed by Seed: The Legend and Legacy of John Appleseed Chapman,” by Esme Codell

Week 9: Biology, Parts of a Plant

“A Weed is a Flower: The Life of George Washington Carver,” by Aliki

“Gregor Mendel: The Friar Who Grew Peas,” by Cheryl Bardoe

“The Boy Who Grew a Forest: The True Story of Jadev Payeng,” by Sophia Gholz

“Miss Rumphius,” by Barbara Cooney – A fictional tale, but a beloved classic.

“A Leaf Can Be,” by Laurie Salas

Diane Burns’ “Take Along” guides for nature walks, including “Wildflowers, Blooms, and Blossoms,” and “Trees, Leaves, and Bark.”

“The World Encyclopedia of Trees,” by Tony Russel

Week 11: Biology, Parts of a Flower

“The Big Book of Blooms,” by Yuval Zommer

“Pick, Pull, Snap! Where Once a Flower Bloomed,” by Lola Schaefer

“You Wouldn’t Want to Live Without Bees,” by Alex Woolf

“Because of an Acorn,” by Lola Schaefer

“Encyclopedia of Garden Plants for Every Location,” Smithsonian

“The Wonders of Nature,” by Ben Hoare

“Journey to the Center of the Earth,” by Jules Verne. A classic science fiction novel for Upper Elementary and older.

“Magic School Bus: Inside the Earth,” by Joanna Cole

“A Drop Around the World,” by Barbara McKinney

“Footprints in the Ash: The Explosive Story of Mount St. Helens,” by John Morris and Steven Austin

“The Ultimate Book of Planet Earth,” by Anne Sophie Baumann

“Big Book of Earth and Sky,” by Bodie Hodge

“My Awesome Field Guide to Rocks and Minerals: Track and Identify Your Treasures,” by Gary Lewis

“A Rock is Lively,” by Dianna Hutts Aston

“Christian Heroes Then and Now: Footprints Over the Mountains, Sundahr Singh,” by Janet and Geoff Benge.

“My Side of the Mountain,” by Jean George. A fictional work.

“Everest: The Remarkable Story of Edmund Hillary and Tenzing Norgay,” by Alexandra Stewart

“You Wouldn’t Want to Climb Mount Everest,” by Ian Graham

“Where is Mount Everest”

“World of Wonder: Mountains,” by Charlotte Guillain and Chris Madden

“I Survived: The Eruption of Mount St. Helens,” by Lauren Tarshis

‘Will it Blow? Become a Volcano Detective at Mount St. Helens,” by Elizabeth Rusch

“Volcano: The Eruption and Healing of Mount St. Helens,” by Patricia Lauber

“How Hot is Lava and Other Questions about Volcanoes,” by Kelly Smith

“The Magic School Bus on the Ocean Floor,” by Joanna Cole

“Otis and Will Discover the Deep,” by Barb Rosenstock

“Down, Down, Down: A Journey to the Bottom of the Sea,” by Steve Jenkins

“Solving the Puzzle Under the Sea: Marie Tharpe Maps the Ocean Floor,” by Robert Burleigh

“Life in the Ocean: The Story of Oceanographer Sylvia Earle,” by Claire Nivola

“Manfish: A Story of Jacques Cousteau,” by Jennifer Berne

“Who Was Jacques Cousteau”

“Shark Lady: The True Story of How Eugenie Clark Became the Ocean’s Most Fearless Scientist,” by Jess Keating

“Secrets of the Sea: The Story of Jeanne Power, Revolutionary Marine Scientist,” by Evan Griffith

Week 20: Weather, Parts of the Atmosphere

“Air is All Around You,” by Franklyn Branley

“The Skies Above My Eyes,” by Charlotte Guillain

“Stickman’s Guide to the Earth’s Atmosphere in Layers,” by Catherine Chambers

“Weather Words and What They Mean,” Gail Gibbons

“The Boy Who Harnessed the Wind: Young Reader’s Edition,” by William Kamkwamba

“The Librarian Who Measured the Earth,” by Kathryn Lasky

“The Equator,” by Todd Bluthenthal

“Extreme Places: The Hottest and the Coldest,” by Katie Marsico

“The Secret World of Weather: How to Read Signs in Every Cloud, Breeze, Hill, Street, Plant, Animal, and Dewdrop (Natural Navigation),” by Tristan Gooley

“The Storm Book,” by Charlotte Zolotow

“The Big Storm,” by Bruce Hiscock

“See Inside Weather and Climate,” Usborne

“The Man Who Named the Clouds,” by Julie Hanna and Joan Holub

“Next Time You See a Cloud,” by Emily Morgan

“The Magic School Bus Kicks Up a Storm,” by Nancy White

“Cloudy with a Chance of Meatballs,” by Judi Barrett

“The Kid’s Book of Weather Forecasting,” by Mark Breen

“Secrets of the Seasons: Orbiting the Sun in our Backyard,” by Kathleen Weidner Zoehfeld

“The Everything Kids Weather Book,” by Joe Snedeker

“On the Same Day in March: A Tour of the World’s Weather,” by Marilyn Singer 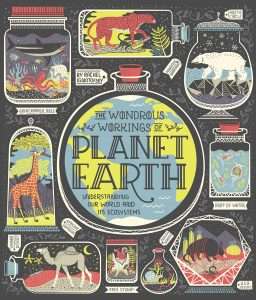 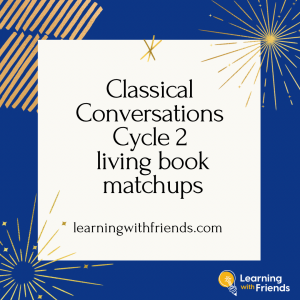